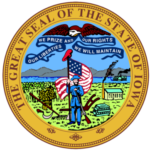 In this group you can offer deals and deals to purchase in Iowa, share information about the country and its cities, request and offer advice and analysis of transactions, comparative analysis CMA,

The country is bordered on the north by Minnesota, in the east by Wisconsin and Illinois, with the Mississippi River passing through them, with the Missouri River in the south and the West in Nebraska and South Dakota.
Most of Iowa's territory is a prairie.

The capital of the country is Des Moines. Iowa sends two senators and four congressional representatives to the United States. Today, the two senators and three congressmen from the state are from the Republican Party, as opposed to one Democratic congressman.

The state legislature is the General Assembly and is a two-house parliament, with 150 members (100 in the House of Representatives and 50 in the Senate).

Iowa is part of the corn belt, and as such, agriculture is a major component of the country's economy. The main crops are: pork, corn, soybeans, oatmeal, beef and dairy products.
Industrial production consists mainly of food processing and machinery.
Iowa is the largest producer in the United States of ethanol.