I have a dream - US Real Estate Forum Version: I'm happy to join you today,…

I have a dream - US real estate forum version:

I am happy to join you today, as in the days of the days, the greatness of the banners for the freedom of the children of our nation. A year and a half ago, an American (formerly Israeli), who has a lot of time, signed the word "Hadar". This word is a light of hope for millions of dwarves, economic slaves who have been burned in the mouth of an evil man of evil. A new day came to my late night.

In our view of America's fairy tale, we have to back up the debt. At times, I have been scorned by the legislation and the law, but at the same time. Mortgage Guarantee Asset + Tenant for anyone, student, giant dwarf, insurance with hurricane insurance for his / her social security, public and private security. Clearly, Facebook has failed in its mainstay of the poor. In the sanctuary, security

Bano Neither do unto Zrkor Mkds this one Lhzcir Lamrikh speeding up wound Ath bring us real estate with low interest rates. There is not this the Hat Lhbr El Motrot Tznon, Ao Ntilt Glolot Hrgah or stop acquiring assets. Ath Hat Lamt Hbthh belonging to Dmokrtih - an asset to any dwarf !. Ath Hat Bh Nmria Mmaflit Amk Acor belonging to Aflih, El Ntib Zhr-Sms made of * justice heights. Ath Hat Bh Tmria Amtno Mholotio Hnoddim insular-righteousness Gzani El Slah Hmotzk belonging to Hahoh. Ath At generate justice Amti Lcl children of Alh.
This will be a gorilla for our mother, if you take a look out of the tension of the calf. This swarm of swine is a kind of irresistible desire, and will not pass in the heat of its wheels, as if it were a savior of freedom and a quagmire.

Twenty-eight, is not the first of its kind. These are the ones who are expected that the dwarf will be free and will feel the doubt, they will wake up to the lion if this mother returns to her business like a leggy. Do not sit down and do not drink the Amiraika until the dwarf holds the balance of the right to win. The end of the plague will continue until this day, the nation will turn to the day of the coming, in which the sun will rise again, the glory of the righteous.

But I spoke to him, saying, I love you, I am saying to the people that I will stand on the threshold of the throne of the king, who is the ruler of the righteous. In our right to build up our rights we have no sin on our own.

Do not give up the thirsty thirst in the form of a cup of bitterness and hate.

Our godfather will be victorious in glory and obedience. We are free of false alarms.

And we are glad to raise up the mighty gods of the high places from the face of the spirit of force in spirit.

Do not fight the mafia, who is in the lowest place, to give to a suspect in a giant vessel, as many of our giants are as if they were here, so that they would be known as they were.

And they came to realize that there is no connection between us that is connected to our own.

No march alone - neither dwarf nor giant - because together we are! "

And on a march, as a rule, always on a precedent. We don't go back. Do the investors have to invest in the investor rights, "When do you want to?" No need for a dwarf is a sacrificing sacrifice of any kind, but for the sake of being able to do so.

Do not want to go out of the way with us No dwarf would ever want to move from a narrow ghetto without a high yield and with no guaranteed yield to a wide range. It is impossible for anyone to be exposed and exposed to a robbery of a merry-go-round: "For Giants." No dwarf in the Mississippi or Texas can't afford a multi-property, and a dwarf is an average of just over an hour. No, I don't want to be justified with water, and have some bad luck.

I can not forget that there are dead among you in the courts and in the family. From here comes the right word from the narrow section of the Section 8. From you come the calamities of the search for the calamities, the hauntings, and the messengers of the spirit of the ascetic realm. You, the veteran soldiers of the work of the artist, belong to the trust that does not revolve on the Gaul.

In Mississippi, they returned to Turnkey with Birmingham, El Cerolina, and El Jorgia returned because there were applause and Loisiena Zuzu. We have the right to know that there are tax benefits there, but we know that there is a chance for change and gentrification.

There is a gap in the depths of despair. Today I tell you this - even if it is difficult today or the day, there is in my eyes the vision of the original day of the Ameriqa that every Israeli dreams of every day.

Is there a day's dream and a deep-seated belief: "We have a lot of giants and giants all over the country.

There is a dream, for the day will come and the law of the Mississippi, the injustice of injustice and the man of fire of the occupation, you will be able to enjoy freedom and justice like the flourishing Neve Tzedek.

Do im- dream Ci Arbat Ildi Hrcim, be entrepreneurial real estate as children of Donald Trump, and Ihio for a day Bamh Bh not there a man Nsft upon fold height Ala upon fold Tohlt Tconotio and the value it brings to his forum - no matter if it's the forum where he was born or forum which immigrated Or if he has dual citizenship.
There's a fever today!

There is a dream [1] that every day and every sunrise will rise to a skyscraper with a management company that does not charge for repairs, and all the land and the land of New Construction will be mingled. Follow the path of the righteous, and the evil of the evil shall be good. And the glory of God is all flesh, and every eye shall be in it.

Link to the original post in the United States Real Estate Forum on Facebook - works on a desktop computer (To view the post must be members approved for the forum):
http://bit.ly/2Nh9Vzv How do we overcome the fear of the first investment? A lot of people who would like to invest in real estate in general, do not do it, and they will not do it because of fear. The fear of failing is a crippling fear. Where does this fear come from? This fear stems first and foremost from the education we received at home. If at home they did not talk about money and kept telling us… Hello friends, as you know Christians are going to celebrate Jesus' birthday soon, so let's show them who was here before - and I mean of course Moses who brought us out of Egypt and brought us the Ten Commandments and now of course helped us go to the US because it's the leading trend right now What to do, so I promised you a game that even Santa will turn over…

Post reminder… Wonderful Sunday to everyone… We are starting a new week in the forum so we wanted to remind you a few things… Hello to all the new and old friends. You have reached the forum…

Real estate and to the point

You are creative at champion levels

Welcome to the United States Real Estate Forum, where you can discuss issues related to the field, advertise transactions and properties for sale, and learn more about real estate. In our forum, you can consult on any real estate topic in the US, such as how to open a bank account in the US, how to open an LLC, what areas are recommended for investment today, an area that anyone can tell about all the successful deals from A to Z, As well as on the failures, analysis of specific areas together The forum management is not responsible for the use of the contents of the forum and does not bear any responsibility for the correctness of information The use of information is at the responsibility of the user and the advertiser. That the Forum's management can re-use this information in any manner that suits its spirit and in any media. 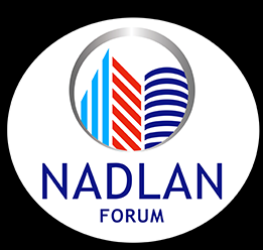